Hungary is one of the best performing economies in the European Union, however, due to the coronavirus epidemic, some sectors have become vulnerable, the troubled industries and the affected companies still need help – said László Parragh, President of the Hungarian Chamber of Commerce and Industry (MKIK) on Thursday year opener 2021 online forum.

Among the macroeconomic threats, the President of the Chamber drew attention to, among other things, rising non-performing loans, emerging chain debts, waves of bankruptcy, unemployment and labor shortages at the same time, wage growth slowing with rising inflation and the digital development of enterprises is weak, the willingness to innovate is low, the development of the export market depends on the recovery of international markets.

It is expected that if the virus crisis ends by the end of the summer, nice results can be achieved this year.

The President of MKIK also mentioned that the Chamber and Fidesz agreed on the ordering of the economy in 2010, both sides kept their word, therefore they were able to achieve significant results based on the cooperation. According to the President, the renewal of the agreement has become timely, so it is proposed to reconsider it.

The agreement must focus on digitalisation, the creation of a green and sustainable economy, taking into account world expectations, and continue to strengthen domestically owned enterprises, especially in sectors that are key to the national economy, such as the food industry, construction, automotive, defense and space industry – said the president of the chamber. László Parrag recalled the role of the chamber in crisis management, and made entrepreneurial opinions and suggestions to the government.

In many places in government measures, the chamber’s proposal has been echoed, for example in workplace programs, in the support of the relevant priority sectors, and in the financing of companies in the role of the chamber’s system.

He emphasized that the Széchenyi Card Program has been in existence for 18 years, entrepreneurial confidence in it is strong, so the program must be continued, as 450 thousand companies have been granted loans in the last 18 years, last year 26 thousand credit transactions worth HUF 600 billion were concluded. He added that they would also consider it lucky for a loan in the program that even very small entrepreneurs could get under an expedited procedure.

The President of MKIK also said that the role of the chamber is significant in vocational training, and according to him, the school system and curriculum must be continuously developed in accordance with the needs of the economy and the labor market. László Parragh emphasized that there is still a need for wide-ranging cooperation to bridge the problems, it is inevitable to directly help troubled sectors, reduce bureaucratic burdens, fine-tune the growth-friendly tax system, support research and innovation, and help digitization. Rapid action is needed to relaunch the economy and resources need to be used in a targeted way, the chamber president suggested. 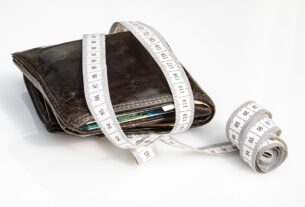 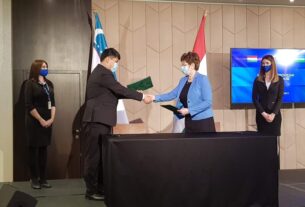